Want to Schedule Your Emails? Use Mailbox App

In the early 90’s, email is just used to exchange messages to couple of people. Since then, the bulk of emails are now composed of pesky sales letters, offers that you haven’t signed-up for, spammy messages from online dating sites and the list goes on from here taking a chunk of your time just sorting them! This can be a dilemma for some business emails where important emails maybe sorted under the ‘spam’ folder. The solution: the Mailbox App for mac. 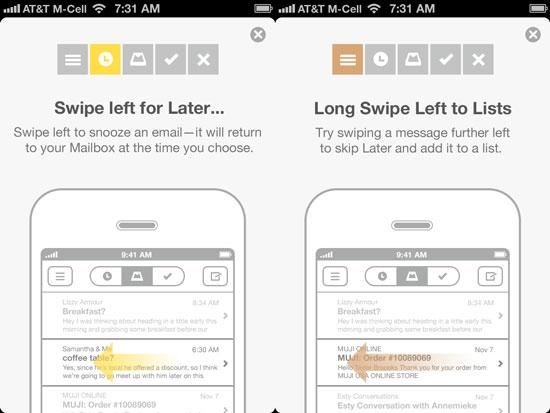 When Mailbox was finally open for iPhone users, people were excited to try out this new app. The concept behind Mailbox is not sophisticated at all. What this app basically does is to help users sort out their inboxes from those spammy messages.

Similar to a to-do list, Mailbox app for Mac places all emails on hold and won’t reach your inbox unless you categorize them first. You can do this by swiping them into folders. You can also opt to use the ‘snooze’ button so you can check them out later. Dropbox has incorporated this particular automatic-swipe feature that intelligently takes note of particular folders you’d place them. It’s desktop counterpart also offers the same spartan, all-white with a three-pane interface.

Mailbox app for mac is also capable of switching from mobile to desktop platforms. If you’re currently using your phone to sort these emails, it would only pop out when you switch to another device or in a desktop and vice versa. If you’re the type of person who keeps placing your emails under ‘unread’, then you’ll definitely benefit from this app.

Going for a quick reply? Mailbox has a compose window that comes out of the middle of the screen as vertical rectangle, a model after an 8 ½ x 11 sheet of paper, a comfortable length to write longer emails. It’s slender form wraps lines more efficiently for long and quick email replies. The desktop platform allows you to save emails under drafts in case you may want to send it at a later time.

Of course, this app doesn’t come without limitations. Mailbox app for Mac currently supports Gmail and iCloud mail servers. However, Dropbox will support others in the future. For the meantime, this app from Dropbox may be a time-efficient app that makes life easier — and keep spam out for good!