Posted at 01:27h in Carve, Uncategorized by carve 0 Comments
0 Likes

This has been an ongoing dilemma since the boom of the Internet age. Kids nowadays are constantly looking in their gadgets to shoot through a Facebook post, a tweet or post a selfie in Instagram. Internet addiction is the biggest challenge for Internet users across the board.

‘Web Junkie’, a documentary focused on excessive gaming among children and adolescents. Add to that Internet addiction, it has become an alarming trend that has taken over China and showing similar signs over South Korea.

Although Internet addiction is not yet officially recognized by U.S as a mental illness, there has been a growing concern among medical practitioners who see the need for treatment and therapy.

Individuals exhibiting addiction are often withdrawn and would prefer to be ‘online’ than go for a social gathering, affected human relationships within the family and restlessness when detached from their gadgets. Though it may not have any significant implications (for now), the depth of the problem has already taken root and needed to be addressed.

Instant gratification are often in the forms of fluff (and it’s not just limited to content).

This generation is now living the age of anti-reason, anti-elite and anti-science and has entered using social media and entertainment.

From books to television and now in smartphones, there’s no denying that everything can be had within the touch of the fingertips. Has Internet introduced to us an anti-intellectual material to bring satisfaction in as little time possible?

More people are exposed to entertainment, games and other trivial content that’s just directed for consumerism but never for intellectual gain. Users just accept without reasoning and not weigh the choices of the content they read or browse, believing that’s it’s ‘too much work’ if it requires some thinking. 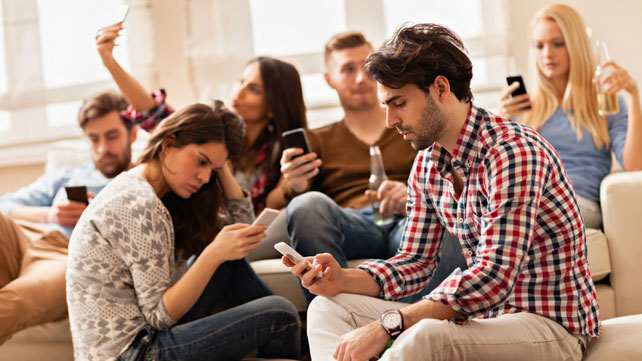 For all the fancy gadgets and clothing that we own, we are no different from Pavlov’s dogs (where the Internet is concerned): we conditioned our brains to race from link to link (or social media accounts) to get pleasure out of the experience.

The faster we think and do things, the more we feel good about ourselves and everything around us.

Harvard and Princeton conducted a series of experiments where individuals are asked to think as quickly as possible to brainstorm, speed read and watch videos on a fast-forward pace. As a result, participants felt more energetic, powerful and elated after the test. Results showed that the body releases dopamine, thus creating the ‘quick fixes’ of pleasure.

Though not just applicable among parents, adults are just as hooked with Internet addiction. But it’s not a hopeless case. A good dose of social life and abstinence from the online existence gives more meaning to life. So, unplug and live again.